Parametric initiatives at COP27: what you need to know 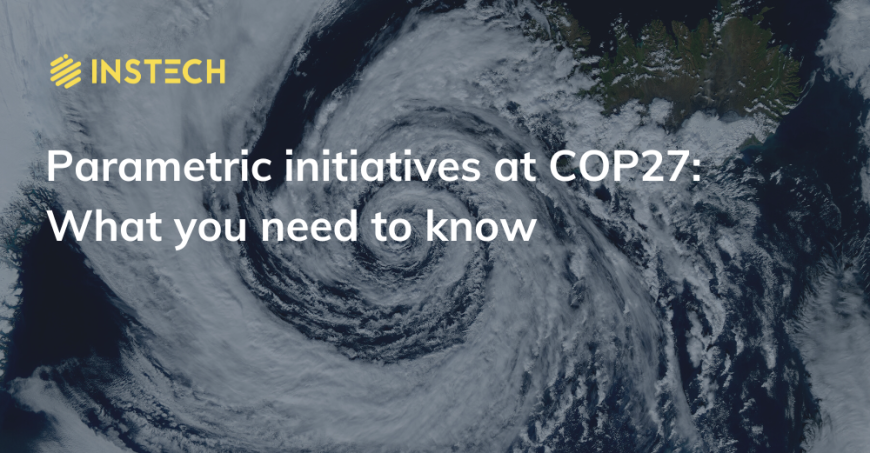 A key theme of COP27, the United Nations’ 2022 climate change conference, has been financial support for the poorest countries most affected by climate change. The Intergovernmental Panel on Climate Change (IPCC) has found that the most vulnerable communities suffer disproportionate losses from climate-linked catastrophe events such as floods, droughts and cyclones.

At COP27, various parametric insurance and risk transfer initiatives have been announced to support poor communities and countries with funds after a climate-linked catastrophe. Whilst insurance traditionally pays claims based on an assessment of loss, parametric insurance pays out predefined amounts based on event triggers. Common triggers include hurricanes measured by wind speed or floods by high water mark.

Because parametric insurance does not require an assessment of loss, claims can be paid more quickly. This makes it a useful tool for disaster relief. Parametric pay-outs can fund the restoration of critical infrastructure, pay for households’ emergency expenses or support cashflow for small businesses such as farmers.

The ‘Global Shield against Climate Risks’

The G7 group of rich countries and the V20 group of 58 countries vulnerable to climate change announced the ‘Global Shield against Climate Risks’ at COP27. This initiative aims to create and scale up various protection measures against climate-linked catastrophes in vulnerable countries. It launched with €170 million EUR in funding from the German government, plus more than €40 million EUR from other countries. 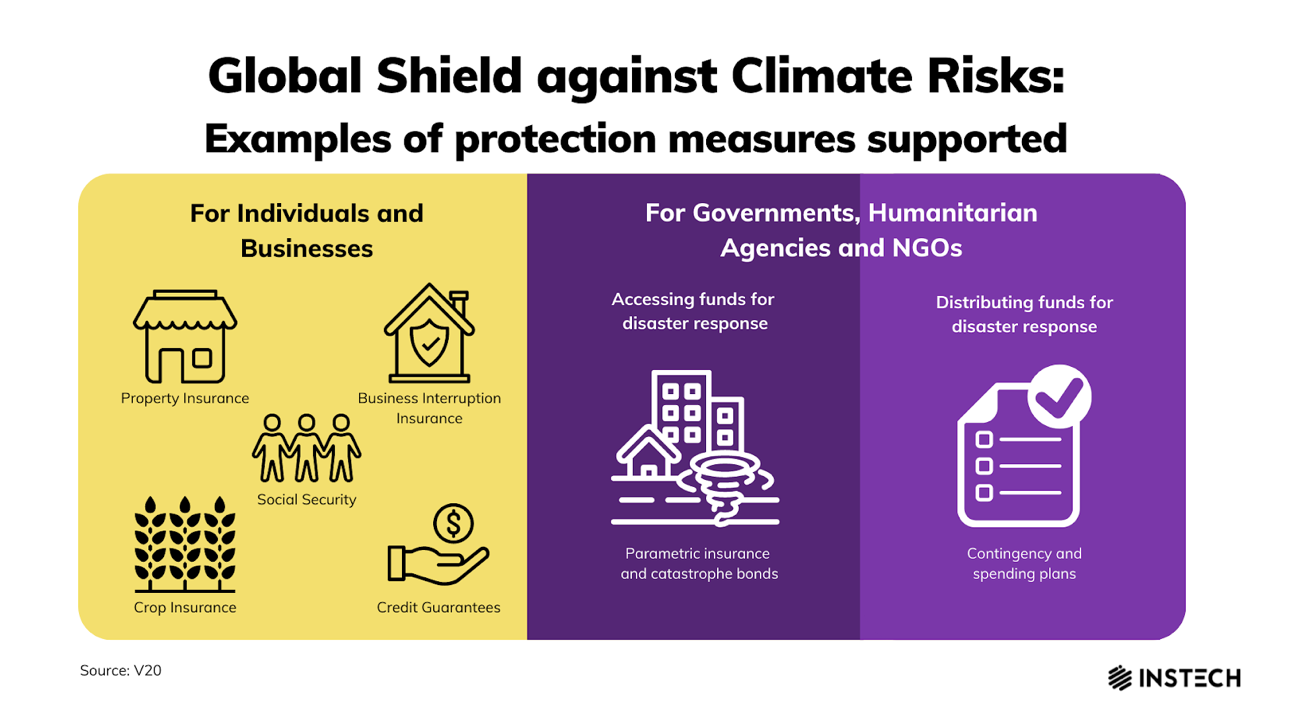 The protection measures supported by the Global Shield include parametric risk transfer for governments, humanitarian agencies and NGOs. Today 39 governments are covered by parametric insurance from a regional catastrophe risk pool (you can read more about these risk pools in Issue 37 of the Parametric Post newsletter). Humanitarian agencies and NGOs are also accessing parametric protection from these risk pools and other risk transfer initiatives.

The Global Shield is also looking to scale up protection for households and businesses through insurance and social security measures, where parametric triggers are also likely to have a role.

The Global Shield is expected to build on the work of the InsuResilience Global Partnership, a public-private partnership launched at COP23 in 2017, which has supported parametric agriculture insurance solutions for smallholder farmers in Africa, Asia and the Americas. The concept of the Global Shield was first devised through the InsuResilience Global Partnership.

Global Shield programmes will be funded through three structures:

At COP27, some of the first initiatives the Global Shield is supporting were announced, including two parametric initiatives: a new cyclone risk transfer project to support vulnerable children in Africa, Asia, the Pacific and the Caribbean and funding for an aid organisation to purchase parametric covers in Africa and the Caribbean.

The United Nations Children’s Fund (UNICEF) announced at COP27 that it will be covered by a new parametric insurance policy, arranged by broker WTW, as part of the Global Shield. UNICEF provides humanitarian aid to children globally; its parametric insurance policy will fund its aid efforts after a tropical cyclone strikes Bangladesh, Comoros, Haiti, Fiji, Madagascar, Mozambique, Solomon Islands or Vanuatu.

The insurance policy will provide at least $100 million USD of coverage, initially for three years. The trigger is based on a “Child Cyclone Index” developed by WTW designed to quantify a tropical cyclone’s impact on children and relief needs. WTW and UNICEF say the policy will benefit 15 million vulnerable children, young people and their families. It is funded by the UK and German governments.

The UK and German governments are also providing funding for another United Nations aid programme to buy parametric insurance products. Since 2019, the World Food Programme (WFP) has bought parametric drought insurance in seven African countries from the African Risk Capacity, a regional risk pool. After severe droughts, pay-outs are triggered that the WFP uses to finance humanitarian aid.

At COP27, the World Bank announced that the WFP would receive $20 million USD from the UK and Germany through the Global Shield Financing Facility. The WFP will use the funding to purchase more parametric insurance policies and cover 23 vulnerable countries against climate risks such as drought and tropical cyclones.

The countries to be covered include Madagascar, Sudan, Zimbabwe and Haiti, as well as countries in Africa’s Sahel region, an area of North Africa where droughts are frequent. The Pacific Catastrophe Risk Insurance Company (PCRIC), another regional risk pool, says the new funding for the WFP will also enable it to work with PCRIC to purchase parametric insurance in the Pacific region.

The agreement establishes a framework for enhanced cooperation between the three risk pools. This will include sharing best practices for developing and implementing parametric insurance products, as well as joint advocacy initiatives to promote the work of the risk pools and encourage more funding.

Another risk transfer initiative announced at COP27 is a public-private partnership to develop parametric flood insurance for the state of Lagos in Nigeria. The project aims to protect 8.5 million people with an insurance product that will trigger fast pay-outs to the Lagos state government after a flood. The pay-outs will be used for emergency disaster relief and reconstructing critical infrastructure.

The partnership is led by Swiss Re and AXA Climate through their membership of the Insurance Development Forum. Lukas Sundermann, Senior Products Manager at Swiss Re Public Sector Solutions, told us that the current role of the insurance sector in managing Nigeria’s flood risk is limited, particularly in Lagos. He said that parametric insurance is a good solution because it relies on a transparent index and can pay out quickly: “Quick cash can be the key to help the population effectively and empowers a faster bounce-back post-disaster.”

The United Nations Development Programme is supporting the initiative, and other partners include AXA Mansard (the Nigerian arm of AXA), the African Risk Capacity, flood modelling company JBA Risk Management and satellite operator ICEYE. €1.6 million EUR in funding for the project comes from the German government through the InsuResilience Solutions Fund.

Lukas Sundermann noted that rainfall is being considered as a trigger for the parametric insurance product, but the working group is also exploring using flood depth and extent data supplied by ICEYE.

He also explained that the partnership’s research into Lagos’ flood risk will help local governments and agencies with their physical adaptation measures and emergency plans. “The working group’s aim is to develop a sustainable insurance scheme that finances the most effective emergency measures right after a disaster. As part of the product we will develop, or improve, contingency plans with the local authorities.”

Parametric insurance is not new, but in recent years it has become increasingly recognised as an important tool for communities and businesses to build resilience against climate risks.

The ‘Race to Resilience’, a UN-backed global campaign established in 2021 to build the resilience of communities vulnerable to climate risks, published a report at COP27 in partnership with Marsh McLennan. The report, focused on how the insurance sector can ‘advance community level climate risk reduction and adaptation’, highlights eleven ‘pioneer projects’ in operation or development to build the climate resilience of vulnerable communities. Of the eleven projects, nine involve parametric triggers. 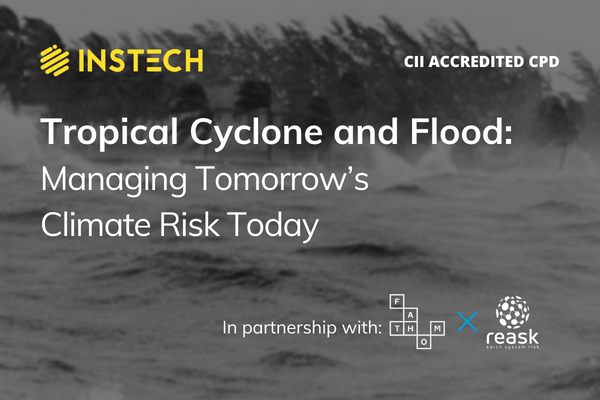 For insurers, catastrophe models and hazard data are essential for risk selection, pricing and portfolio management. It is necessary to ensure that no singular catastrophic event can... read more 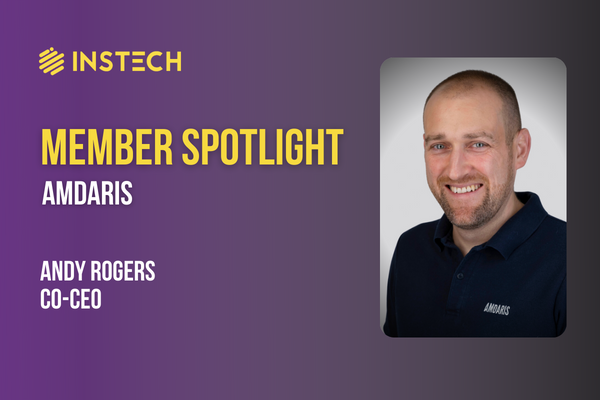 Amdaris provides software development services to its clients across a wide range of industries, including insurance and finance. InsTech’s Tara Allsopp caught up with Andy Rogers, Co-CEO of Amdaris... read more

This week we are talking to Nigel Walsh, Managing Director of Insurance, Google, to learn about why Google launched its recent “start-up” - Google Cloud - $25 billion in valuation whilst revenue... read more 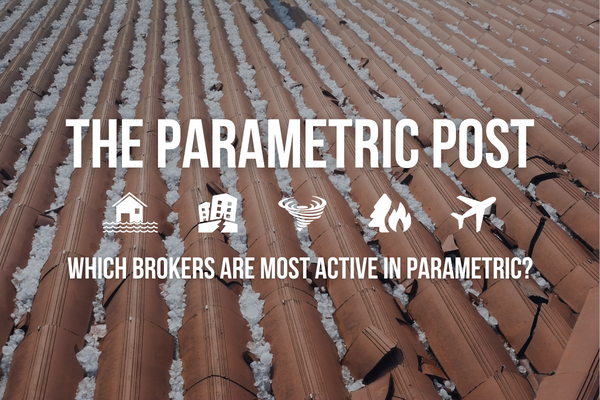 The Parametric Post, the only newsletter dedicated to parametric insurance.
You can sign up for free here.
The InsTech perspective… growing broker involvement in parametric
The vast majority of... read more 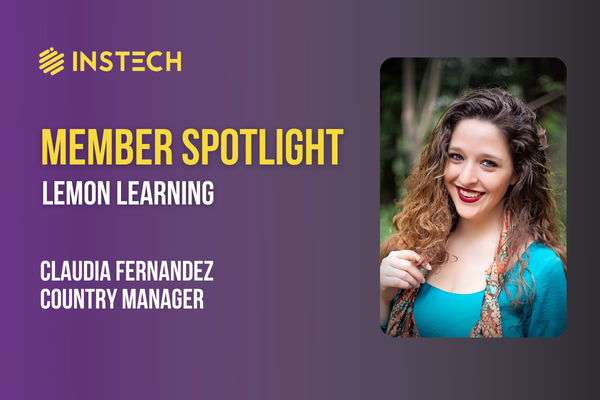 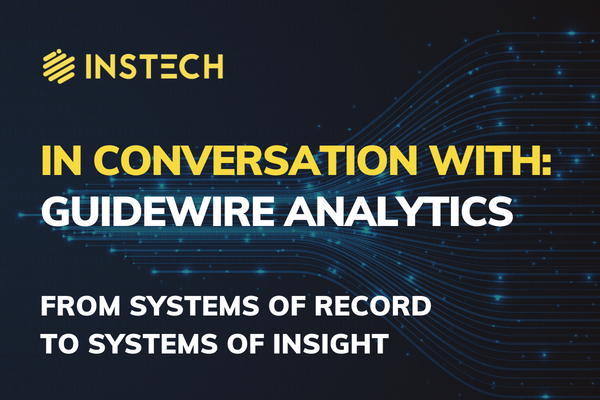 In conversation with Guidewire Analytics: From systems of record to systems of insight